Workshop of collaborative creation of the album for Free Software stickers

LDN (Lorraine Data Network, an associative Internet provider in France) launched a "sticker album" project. We are not sure how common these are abroad, but in France, these were very common entertainment for kids. The principle is to buy the album with empty places waiting for specific stickers, and you would later buy stickers, hoping to get your missing ones (therefore finishing your album!). There is a company in particular which does a lot of such albums but it is not involved in this project in any way.

Free Software and OpenSource people are kind of "geeky" when it comes to stickers. They tend to over-stick their laptops! So LDN's idea was: why not make a sticker album for FLOSS geeks? At first, we just thought it was a cool project and sent LDN our first sticker to be in the Libre Album. 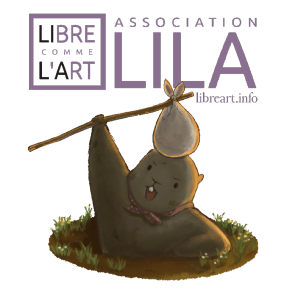 Then we discussed with LDN and realized that whereas they know a lot about networks (of course!), they don't know that much about designing, page layout and publishing. We do, thus:

Doing this alone would not be very funny, and this does not get the actual message of LILA far enough: getting the knowledge, the resources and the technical tools for creation to anyone. This is why we are organizing a series of workshops in France, to explain everyone how to design and layout by themselves. Anyone is invited to participate, no minimum level required. We will explain color management, what is all the fuss about RGB vs CMYK, what are bleeds and margins for, what are solid colors, maybe speak about color-blindness, etc.

Of course we don't know everything, far from it, and some of our knowledge may be lacking, so we welcome anyone with more knowledge than us and wishing to discuss and spread it!

We will mostly work with Scribus for the layout, but also GIMP and Inkscape for any last-minute creativity needs!

The 2 first planned workshops are:

If you have a place where you want to have this workshop, don't hesitate to contact us! If you are another association or project mostly tied to France, do not hesitate to send your stickers to operationpanini [CHEZ] ldn-fai.net and you'll be in the album.

Note that LILA is very international and the fact that this sticker album is France-focused is because that would be already quite an awful lot of work! Associations and projects related to Free Software, Libre Art, Open Networks, Open Hardware, etc. are so many in France that we will fill several dozen pages already.

But we can take this as an experiment. If it works well and other countries are interested, do not hesitate to reproduce the workshops! There is no copyright on ideas! :-) I just hope you'll send us a copy of your finished album though. Then we will start collecting Libre sticker albums from every country. :P 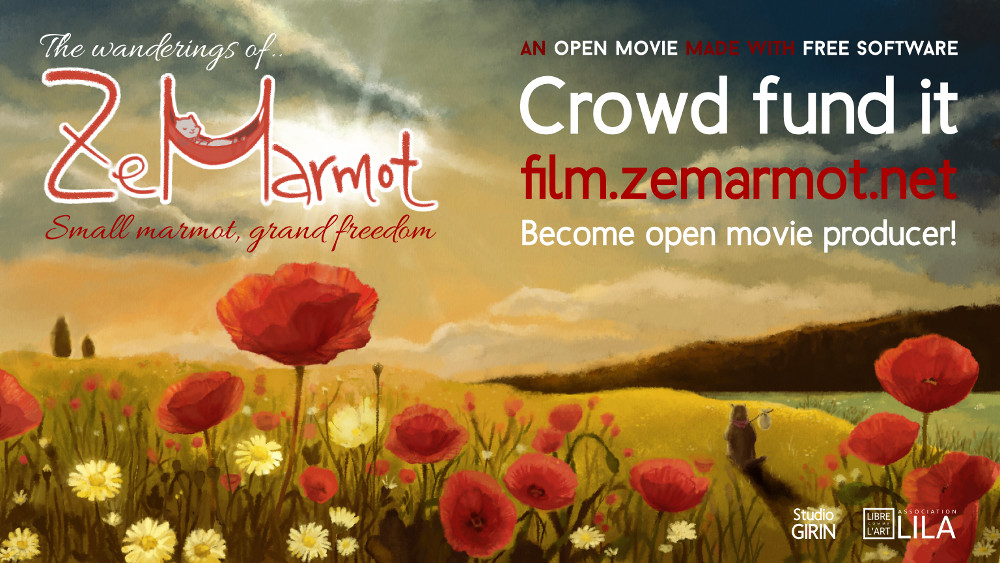 We launched the funding of ZeMarmot movie on the crowdfunding platform Indiegogo. Go support us!

Wilber gets ready for LGM

In a few days, we'll leave for Canada where we will be part of Libre Graphics Meeting, and in particular where we will present ZeMarmot in Toronto University. Well Wilber as well is getting ready… in his own way!

If you are Canadian, don't mind the joke. We just searched for articles on the web about Canadian English slang. Hopefully we got it right! :-)

This comic strip is released under Creative Commons BY-SA, drawn by Aryeom on an idea of Jehan, originally published in GIMP Magazine n°11.

Wilber is the mascot of the GIMP project, and GNU the one of the identically-named Operating System, spearhead of the Free Software Foundation.

We told you of the Libre Animation Film "ZeMarmot".

We now have a website dedicated to the project. You'll also find there a small form if you wish to receive regular news by email.

This small comic strip (Creative Commons BY-SA), drawn by Aryeom on an idea of Jehan, was originally published in GIMP Magazine n°10.

Wilber is the mascot of the GIMP project, and GNU the one of the identically-named Operating System, spearhead of the Free Software Foundation.