Podcast of the "Symbiose" radio show from last Saturday

Our interview got broadcasted on the radio show "Symbiose" last Saturday.

If you missed (or even if you listened, since there was a broadcast issue and a piece of the interview got blanked-out), we invite you to listen the podcast (French): http://iluk.fr/150530-marmot-pouhiou-Icongirlpistols.ogg 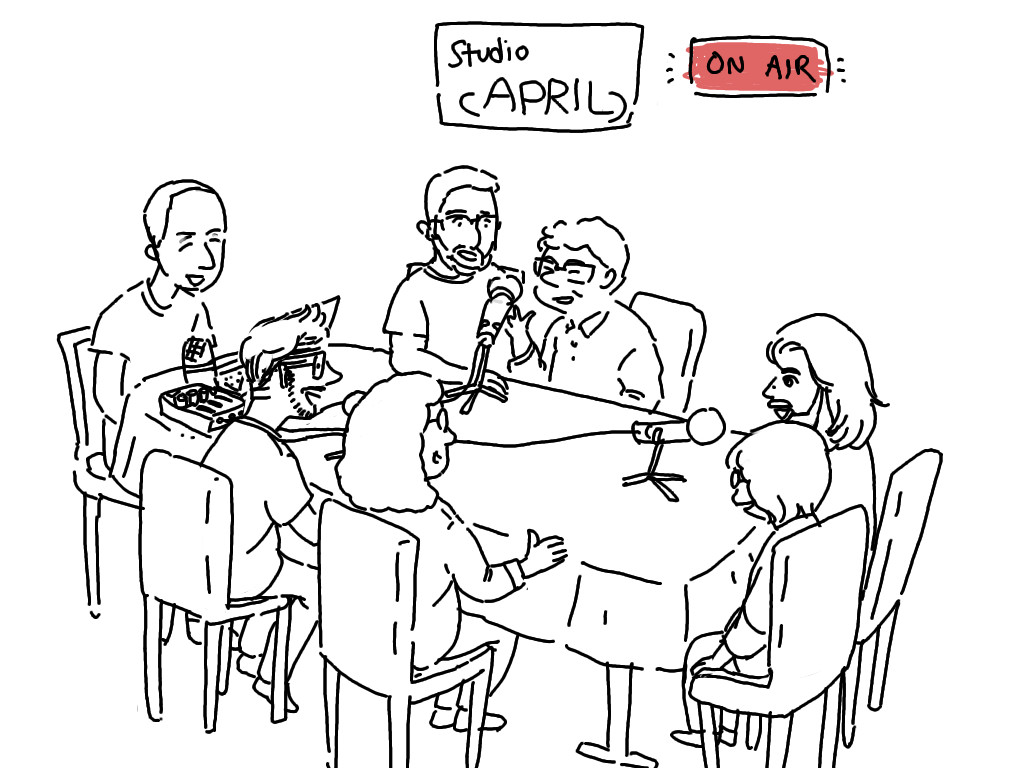 Podcast under Free Art license, except for music by Icon Girl Pistols under Creative Commons by-nc-sa.

The drawing above is by Aryeom and represent the show recording (from memory), As well under Free Art license.

After a pause the show comes back on "Ici et Maintenant (95.2 FM) this Saturday from 2PM to 3:30 PM. Aryeom and Jehan, from LILA association, were invited and interviewed in the first part (~ 30 min) for the animation film project ZeMarmot.

In second part, Pouhiou will present his projects of books as well (some already written, some not yet).

If you can, switch your radio on Saturday! :-)

Talk on Saturday and workshop on layout and printing with Scribus on Sunday (Paris, France)

As already advertized a few days ago, we remind that we are present at the Ubuntu Party this week-end.

Saturday May 30 at 17h15: talk about the association, our activities (Libre Art, creative Free Software, projects…) and in particular about our ongoing project ZeMarmot. Come and ask us questions if you have any!

Aryeom and Jehan are back from Libre Graphics Meeting 2015, which was held in Toronto, where they presented ZeMarmot project. Even Marmot was there.

You can find Jehan's report on Studio Girin's website.

A group of students contacted us to promote their very cool project. They are organizing a tour of France with a series of animation workshops for handicapped children.

This campaign definitely suits our values (creativity, arts, freedom and helping kids…), so we wish them all success possible! Do you want to contribute to their funding, it's there!